In Arizona, per A.R.S. §13-1303 “Unlawful Imprisonment” occurs when a person knowingly and unlawfully restrains another person.

This could include many factual scenarios, and includes not allowing somebody out of a room, house or apartment, or out of a vehicle.

Need a Criminal Law Attorney in Arizona? Contact David Michael Cantor if you have been charged with Unlawful Imprisonment. Call our offices at 602-307-0808 or click here for our confidential contact form for a Free Consultation.

If the “victim” is not released by the defendant voluntarily in a safe place or has received some physical injury, then Unlawful Imprisonment is a class six (6) felony. For a first offense class six (6) felony, punishment can be probation with zero (0) days up to one (1) year in jail, or prison of four (4) months to two (2) years of incarceration. If the person has one (1) historical allegeable prior felony conviction, then the “prison only” range is nine (9) months to two and three quarters (2.75) years in prison. If the person has two (2) historical allegeable prior felony convictions, then the “prison only” range is two and one quarter (2.25) to five and three quarters (5.75) years of incarceration.

However, if the alleged victim is released voluntarily, without physical injury, in a safe place prior to arrest, then the case can be charged as a class (one) 1 misdemeanor. A class one (1) misdemeanor carries a range of zero (0) days in jail up to six (6) months in jail, a $2,500.00 fine with an 84% surcharge, and up to three (3) years probation (which can include classes and counseling). 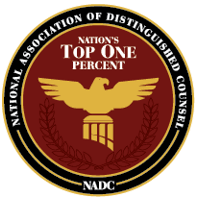 There are two statutory defenses to Unlawful Imprisonment. It is a defense to the charge of Unlawful Imprisonment if the defendant is a relative of the person restrained and the sole intent was to assume lawful custody of that person, and the restraint was accomplished without physical injury. Normally this includes taking the custody of one’s children. Many times these cases arise with couples that are either going through a divorce, are divorced, or are involved in some type of custody battle. One ex-spouse will show up in order to take custody of their child and then the other parent will attempt to prevent this act. The next thing you know, the police are called in and a person can be improperly charged with Unlawful Imprisonment of the child. It is important to fight these charges to avoid a conviction, which could cause a person to forfeit their custodial rights in the future. Evidence must be presented as to who had the right to the children at the time of the alleged Imprisonment, and who was wrongfully withholding custodial rights and visitation.
The second statutory defense to Unlawful Imprisonment is that the restraint was accomplished by a police officer acting in good faith in the lawful performance of his duty. For example, a police officer should not be convicted of Unlawful Imprisonment when he restrains someone who he suspects has committed a crime, even if this person has actually not committed a crime, so long as the officer was acting in good faith and had probable cause.

An additional defense to Unlawful Imprisonment is the “shopkeeper’s privilege.” If a merchant or his employee has “reasonable cause” to believe that someone is shoplifting in their store, they may detain a person in a reasonable manner for a reasonable amount of time for questioning or summoning of law enforcement. This is called the “shopkeepers privilege.” A person who was wrongfully held in the store (i.e. they were not shoplifting) cannot sue the store for unlawful detention or false arrest so long as the shopkeeper, security guard, employee, or police officer had reasonable cause to believe the suspect was shoplifting.

Additionally, because our law firm fights conviction from all angles, we would assert a wide range of defenses and challenges to constitutional violations that apply in all criminal cases. The possibilities are numerous and diverse. One of those we frequently assert is a “Miranda rights violation.” In Arizona, the standard of whether any incriminating statement (i.e., a statement which tends to admit guilt) is admissible into evidence is based upon a “voluntariness” standard. If we can demonstrate that the police coerced you (i.e., intimidated or tricked you) into making a confession or inculpatory statement, or that they did not properly read you your Miranda Rights, then we can suppress those statements and any evidence gathered as a direct result of those statements. In addition, the “denial of right to Counsel” is another common defense which is often raised. This occurs when a suspect is in custody and requests to speak to their attorney, but is denied and questioning continues. Other defenses may include challenging the validity of any search warrant, or whether there were any “forensic flaws” during the investigation of your case. Depending on what else you have been charged with, this could include exposing flawed procedures regarding blood, breath, and urine testing; fingerprints analysis; DNA testing; ballistics; gunshot residue testing; computer analysis/cloning hard drive procedures; forensic financial accounting reviews; etc.. Lastly, one of the most common defense tactics is exposing sloppy or misleading police reports which include everything from misstatements, false statements, flawed photo line-ups and inaccurate crime scene reconstruction. It is important to hire a skilled Unlawful Imprisonment lawyer to defend you who has knowledge of all the possible defenses to assert in your case.

It is important to hire an AV® rated law firm (the highest possible rating by Martindale Hubbell®). Also David Michael Cantor is a Criminal Law Attorney in Arizona and a Certified Criminal Law Specialist, per the Arizona Board of Legal Specialization. In addition, the Firm and all of its lawyers are listed in the Bar Register of Preeminent Lawyers®. At DM Cantor, the majority of our Attorneys are ex-Prosecutors, and all of our Criminal Law Attorneys in Arizona know the system well. For a Free Initial Consultation, call us at 602-307-0808.

Contact DM Cantor and speak to a Criminal Law Attorney in Arizona. We will assist you with your Unlawful Imprisonment case.