The statute is very broad, and criminalizes a wide range of conduct. Merely pulling away from an officer after they have grabbed you, or taking an offensive posture (i.e., a “fighting stance”) towards the officer when he/she is attempting to place you into custody are grounds for a Resisting Arrest charge.

Resisting Arrest is a class six (6) felony. For a first offense a class six (6) felony, punishment can be probation with zero (0) days up to one (1) year in jail, or prison of four (4) months to two (2) years of incarceration. If the person has one (1) historical allegeable prior felony conviction, then the “prison only” range is nine (9) months to two and three quarters (2.75) years in prison. If the person has two (2) historical allegeable prior felony convictions, then the “prison only” range is two and one quarter (2.25) to five and three quarters (5.75) years of incarceration. 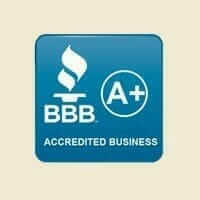 Resisting Arrest is one of the most easily defendable crimes charged in Arizona. All of the defenses to Resisting Arrest center around the defendant’s “Lack of Intent” to prevent the officer from effectuating an arrest. This occurs when the defendant is unaware that the person is a Peace Officer, thinks the officer has no grounds for a lawful arrest because he is acting outside of his authority, or is simply unaware that the officer is attempting to place him under arrest. For example, if an officer merely walks up and grabs your shoulder or arm from behind or turns you around for handcuffing, (without properly identifying himself or stating that he is placing you under arrest) and you react by pulling away, then you are not truly resisting his attempt because you did not know what he was doing. Many times officers find anything other than complete compliance to be justification for citing a citizen for Resisting Arrest. This is simply not the case. It is important to fight these allegations in order to prevent a simple underlying misdemeanor traffic stop from turning into a felony conviction.

Additionally, because our law firm fights conviction from all angles, we would assert a wide range of defenses and challenges to constitutional violations that apply in all criminal cases. The possibilities are numerous and diverse. One of those we frequently assert is a “Miranda rights violation.” In Arizona, the standard of whether any incriminating statement (i.e., a statement which tends to admit guilt) is admissible into evidence is based upon a “voluntariness” standard. If we can demonstrate that the police coerced you (i.e., intimidated or tricked you) into making a confession or inculpatory statement, or that they did not properly read you your Miranda Rights, then we can suppress those statements and any evidence gathered as a direct result of those statements. In addition, the “denial of right to Counsel” is another common defense which is often raised. This occurs when a suspect is in custody and requests to speak to their attorney, but is denied and questioning continues. Other defenses may include challenging the validity of any search warrant, or whether there were any “forensic flaws” during the investigation of your case. Depending on what else you have been charged with, this could include exposing flawed procedures regarding blood, breath, and urine testing; fingerprints analysis; DNA testing; ballistics; gunshot residue testing; etc.. Lastly, one of the most common defense tactics is exposing sloppy or misleading police reports which include everything from misstatements, false statements, flawed photo line-ups and inaccurate crime scene reconstruction. It is important to hire a skilled Resisting Arrest lawyer to defend you who has knowledge of all the possible defenses to assert in your case.