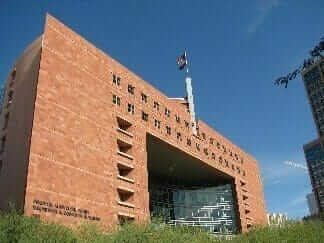 People who are charged with crimes in Phoenix, Arizona typically will have their case sent to the Phoenix City Court. If you are facing charges and have been ordered to appear, it is important for you to understand the process so that you know what to expect. Getting help from an experienced Phoenix Defense Lawyer at DM Cantor might help you to secure a successful resolution to your case.

Below is what you need to know about Phoenix City Court, its process, and the different types of cases it handles.

A Message from the Chief Presiding Judge:

Welcome to the Phoenix Municipal Court Web site. As Chief Presiding Judge I would like to thank you for visiting our Web site and encourage you to learn more about the entire judicial system. The Court is a separate branch of city government and a part of the statewide court system, subject to the authority of the Supreme Court.

The Phoenix Municipal Court is the State’s largest limited jurisdiction court and is among the top ten busiest municipal courts in the United States. The Court handles cases that range from minor traffic violations to Class 1 misdemeanors carrying a maximum penalty of six months in jail and a $2,500 fine. Annually, the court processes an average of 350,000 cases including 80,000 criminal charges.

The Phoenix Municipal Court is a recognized judicial leader throughout the State of Arizona and the United States for its innovative and progressive work in the areas of technology, customer service, case management, fiscal responsibility, and judicial and staff accountability. We are committed to improving the operations of the court to fulfill our mission.

“With pride and integrity, we provide equal access to justice, professional and impartial treatment, and the fair and timely resolution of all court matters.”

We hope you find this Web site informative and helpful. Thank you again for visiting us.

WHAT ARE THE TYPES OF CASES HANDLED BY PHOENIX CITY COURT?

If you have received a citation for an alleged criminal misdemeanor offense, you will be required to appear at the Phoenix City Court on your given court date. Your first appearance is called an arraignment. You should not appear late, arraignments in the City Court begin at 8:30 a.m. You are able to pay criminal violations in advance but you must appear.

Your first appearance is called an arraignment. Arraignments in Tempe City Court begin at 8:30 a.m., and you should not appear late. At this hearing, the judge will advise you of the charges against you. In addition, the judge will ascertain your true name and address: inform you of the charges against you; inform you of your various constitutional rights; consider any view of comments offered by the victim concerning the issues of release (this usually occurs on assault and domestic violence cases); and determine your conditions of “release.” You will be asked whether you plead guilty, not guilty, or no contest.

Since misdemeanor offenses carry a possible jail sentence, you have the right to be represented by an attorney. It is a good idea for you to hire a lawyer before your arraignment so that he or she can appear with you. You should not enter a guilty or no contest plea without talking to a criminal defense lawyer.

In most cases, a lawyer can negotiate on your behalf to secure a lesser sentence or a reduced charge. In others, an attorney may be able to successfully fight the charges at a jury or bench trial. If you enter a plea of not guilty, you will receive a future court date to appear.

Your attorney will have the opportunity to meet with the prosecutor to try and negotiate a better plea offer at the pretrial conference. He or she may also file motions in your case. For example, if you have been charged with a DUI offense, your attorney may review the evidence to determine whether the officer conducted a traffic stop and investigation in a constitutional manner. If any problems occurred, your lawyer may file a motion to suppress some or all of the evidence against you. If your lawyer files evidentiary motions, a motions hearing will be set by the court.

At a motions hearing, you will have the opportunity to hear the officer testify. Your lawyer will be able to challenge him or her in cross-examination. In many cases, succeeding at a suppression hearing means that the prosecutor will be forced to dismiss the charges or perhaps reduce the evidence that the prosecutor can use against you in trial. Your case will be set for trial if you are unable to resolve your case through the negotiations process.

If you do not succeed at a motion hearing and are unable to resolve your case through the negotiations process, your case will be set for trial. You have the right to a jury trial or can opt to have your case heard by a judge in a bench trial. Your lawyer will discuss your rights with you so that you understand the option that might be best for you in this particular case.

Once the prosecution and the defense have finished presenting evidence, they will give closing statements before the case is sent to jury. The jury will deliberate and will return its verdict. If you are convicted, you will be sentenced by the judge according to the type of offense and level of the misdemeanor of which you are convicted.

In Arizona, under A.R.S 13-707, class 1 misdemeanors are divided into three classes that denote how serious they are. The potential sentences for misdemeanor convictions other that DUIs are as follows:

In addition to the potential for a sentence to incarceration, you may also be ordered to pay a fine. Under A.R.S 13-802, the fines that may be ordered for the different misdemeanor levels include the following:

If you are convicted of a petty offense, you may be ordered to pay a fine up to $300.

Under A.R.S 13-902, the magistrate may sentence you top a term of probation. In most cases, a sentence of probation may be issued in lieu of jail time. The length of probationary sentence will depend on the class of your misdemeanor conviction as follows:

It is important to note that if you are over the age of 18 and have been convicted of at least one previous misdemeanor offense within the past two years, you will be sentenced under the next higher class for your current misdemeanor conviction.

DUI cases are among the largest number of misdemeanor offenses that are heard in the Phoenix City Court. The potential penalties for DUI convictions are quite severe.

Under A.R.S 28-1381, you can be charged with DUI if you drive or are in actual physical control of a car or other vehicle when you have drunk alcohol or have used drugs if you are impaired to the slightest degree. You can also be charged with a DUI if your blood alcohol concentration is found to be 0.08% or higher within two hours of when you drove.

This means that you may be charged with DUI when the prosecutor does not have information about your blood alcohol concentration such as if you refused a breath or blood test. It is also possible for you to be charged with a DUI even when your BAC was under 0.08%. If your BAC tested at 0.05% to 0.79%, it will be given rise to a presumption that you were not driving under the influence. However, the prosecutor can present evidence that you were impaired, and you could still be convicted. If your BAC was lower that 0.05%, there will be a presumption that you were not impaired. If you have a CDL and are charged with drunk driving while operating a commercial vehicle, you can be found guilty of DUI if your BAC tests at 0.04%. This is why It is important for you to get help form an experienced criminal defense lawyer if you have been charged with DUI.

The penalties will be greater to the ones listed above if your blood alcohol concentration was 0.15% or higher. The fines you have to pay will be higher than the ones above and your license will be revoked for one year.  In addition, you will face 90 days in jail, however, you will be eligible for home detention after serving six of the ninety days.

For a second or subsequent offense within several years, the penalties will be even higher. It is very important for you to get legal help when you have been charged with any DUI offense and have been ordered to appear in Phoenix City Court.

Under A.R.S 13-1203, you can be charged with assault when a person either intentionally, knowingly or recklessly causes any physical injury to another person; knowingly touches another person with the intent to injure, insult or provoke; or intentionally places another person in reasonable apprehension of imminent physical injury. Normally any type of red mark or scratch can qualify as an “injury” under this statue. If the Assault incident involves 2 people who live together, were romantically involved, or who are somehow related, then this is a “Domestic Violence” charged under A.R.S 13-2601 “Domestic Violence Assault.” The Domestic Violence designation carries some serious ramifications in addition to standard punishment. For instance, you can no longer carry a firearm if a Domestic Violence conviction is on your record. This could cost a police officer, security guard, or military person their job.

The key to defending Assault/Domestic Violence cases will depend on eye-witness, physical evidence analysis, finding and interviewing other witnesses not listed in the police report, the search for any potential security video cameras which may have been present or near the scene, and character evidence. It is important to hire a skilled Assault/domestic violence lawyer to defend you who has knowledge of all the possible defenses to assert in your case.

Most misdemeanor assaults are charged as class one misdemeanors, however, sometimes they are charged at the lower levels of class two and three misdemeanors if the defendant is found to not have intentionally committed assault or didn’t cause any physical injury.

Class 1 misdemeanor- range of punishments from probation, max punishment of 6 months in jail, or a $2,500 fine with 80% surcharge.

HOW A PHOENIX DEFENSE ATTORNEY CAN HELP

All misdemeanor cases carry the potential for jail time, substantial fines, and other penalties. It is important for you to talk to a lawyer before you enter a guilty plea. Your attorney can review the evidence that is being used against you to identify all of the defenses that you might raise in your defense. An attorney may be able to secure a plea to a lesser offense or to an alternative sentence that does not include jail time in some cases. If you want to fight the charges, your lawyer can thoroughly prepare you for a trial and represent you before the jury or judge.

Our attorneys are familiar with the city’s prosecutors, judges, and police officers and are available to anticipate how your case might be handled. This helps us to identify the potential defenses that can be raised so that you can obtain a better outcome. Contact us today to schedule a consultation by calling us at 602.307.0808.