Congratulations to the 2018 Annual “Strive to be the Best Criminal Lawyer” $2,500 College Scholarship Winner!

Katherine submitted her 1,200 word essay titled “I am innocent.” to our annual $2,500 Scholarship, specifically given to those attending Law School. Out of the dozens of entries submitted, her essay stood out the most.  We would like to thank all of those that participated and invite everyone to enter in our 2019 $2,500 Scholarship! Click here for details. 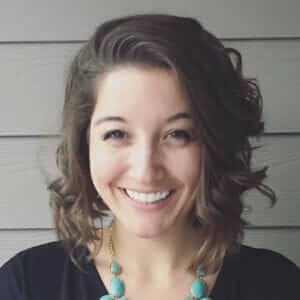 Biography: Katie is a second-year law student at the University of North Carolina School of Law in Chapel Hill, North Carolina. She is a member of the North Carolina Law Review and enjoyed a Summer Associate position with a Raleigh law firm last summer. This summer, she has plans to stay in Raleigh and split her summer between McGuireWoods and Ellis & Winters law firms. After graduation, Katie has accepted a position as a law clerk on the Sixth Circuit Court of Appeals in Detroit, Michigan and plans to pursue a career in litigation. Katie enjoys spending time with her husband, Ian, and their Golden Doodle puppy, Dood.

Law school is going very well! I very much enjoy the rigor of it and how it teaches you to think. My favorite classes have been Criminal Law and Evidence. I was accepted as a member of the North Carolina Law Review this year, and I have two firm jobs lined up for the summer. I have also accepted a job as a law clerk for the Sixth Circuit Court of Appeals in Detroit, Michigan for the year after I graduate. I would advise anyone going into law school to carefully plan your time and make sure to keep up with all of the reading assignments! Law school is extremely doable, so long as you can budget your time well and take good notes!

“I am innocent. Reade Seligmann is innocent. Collin Finnerty is innocent. Every member of the Duke University lacrosse team is innocent. You have all been told some fantastic lies.”  (“Fantastic Lies” Lays Out 2006 Duke Lacrosse Rape Case, NPR (March 10, 2016).

David Evans, one of the three young Duke lacrosse players accused of raping an entertainer at a party in 2006, uttered these words in the now-infamous case. While the charges against the defendants were eventually dropped, it was not so clear from the beginning that the men were innocent. Racially-tinged, national headlines dominated the news cycle and stirred tensions about the rich, white, privileged men allegedly assaulting a poor African American woman. Id. The prosecutor himself was eventually disbarred for withholding important evidence and lying about it, with the Attorney General of North Carolina dubbing him a “‘rogue prosecutor.’” (Shaila Dewan, Duke Prosecutor Jailed; Students Seek Settlement, The New York Times (Sept. 8, 2007). The case of the Duke lacrosse players acutely demonstrates why the presumption of innocence remains the most important promise of the American criminal justice system. In the face of national media disdain and a deeply unethical prosecutor, without a presumption of innocence and the highest burden of proof, the young men might very well have unfairly lost their freedom.

The “beyond a reasonable doubt” standard, the highest burden of proof in our legal system, is both necessary and invaluable for a number of reasons. First, it reflects America’s long-held, historical notion that citizens should be protected from governmental overreach. This concept developed from principles of English common law, became an early fixture of American constitutional jurisprudence, and has enjoyed a long history of protection in American courts. Second, the reasonable doubt standard, as opposed to an inquisitorial system of law, helps ensure that even the most destitute defendants have a fighting chance in securing their freedom. Finally and most importantly, the presumption of innocence protects the criminally accused’s most dearly held rights, namely life and liberty, from governmental interference without an extremely strong showing of guilt.

First, it is impossible to understand the importance of the reasonable doubt standard without first appreciating its historical underpinnings. The presumption of innocence for the accused in a criminal trial, which led to the development of the “beyond a reasonable doubt” standard of proof, is a concept woven into the very fabric of our Constitution. America’s Founding Fathers were heavily influenced by legal philosopher John Locke, who once theorized that the purpose of law “is not to abolish or restrain, but to preserve and enlarge freedom.”  (John Locke, Second Treatise of Civil Government (1690)). Gaining insight from Locke and other philosophers, the Constitution’s writers reacted to the iniquities of an English system in which many of their liberties were stripped from them by writing a Constitution that sought to “preserve and enlarge” the freedoms of Americans without unduly restraining their liberties. Again borrowing heavily from Locke, the Constitution’s writers codified this belief in the Fifth Amendment, which states that “No person shall be … deprived of life, liberty, or property, without due process of law…”  (U.S. Const. amend. V). The Framers then wrote an entire amendment, the Sixth Amendment, dedicated to the rights of the criminally accused. These constitutional writers understood the importance of a citizen’s most basic rights – those of life, liberty, and property – and had witnessed firsthand the power of an unrestrained government in curtailing those rights. Thus, from the earliest beginnings of our republic, the notion that a citizens enjoys codified protection from governmental overreach has been paramount.

Second, the reasonable doubt standard and presumption of innocence in our legal system helps level the playing field between wealthy and destitute defendants. To understand this concept, one must examine the opposite of our system of laws: the inquisitorial system. Under an inquisitorial system, the antithesis to the Framer’s carefully crafted rights for the criminally accused, defendants are presumed guilty and must prove otherwise. Not only does this lead to a number of potentially innocent people being imprisoned or put to death, but it also exacerbates problems regarding the financial resources and abilities of the defendant. For example, in a system that imposes the reasonable doubt standard on the government, the defendant may never even put on a case of his own. It is not his burden to prove his innocence; rather, the government must prove his guilt. This gives a poor American defendant a significant advantage over his inquisitorial system counterpart, who must launch a hefty and probably expensive campaign to relieve himself of his presumed guilt. This is not to say that many inequities do not still remain in the American system of criminal justice. Certainly, defendants with more resources can probably mount a better defense in terms of legal assistance and paying expert witnesses. Nevertheless, the point is that American defendants do not have to defend their innocence using significant resources and expertise, whereas those in inquisitorial systems must do so.

Finally and most importantly, the presumption of innocence in a criminal case, in addition to its historical beginnings and necessity for ensuring equality among defendants, guarantees that any particular defendant is protected from governmental overreach without the most convincing showing of guilt. Nowhere are an American citizen’s rights more acutely in danger than in a criminal trial. Indeed, the vast difference in the standards of proof between a civil and criminal trial suggests the differing values of the liberties at stake for defendants. In a civil case, the plaintiff must only prove its case by a preponderance of the evidence, something like fifty plus one percent. This is because the worst a civil defendant can expect is a loss of money or some court order to specifically perform an act. While perhaps quite a large sum of money, or some burdensome or detrimental act to perform, the defendant will not suffer any loss of freedom. By contrast, a criminal defendant deals with the most severe loss of liberty a governmental actor can impose: the restriction of his free movement through time in prison or, in the most serious cases, a loss of his life. Responding to these severe potential scenarios in criminal cases, American law requires that the government must erase all reasonable doubts in the fact-finder’s mind to secure a guilty verdict. The reasonable doubt standard thus serves its most important function in ensuring that the government marshal all of its resources and capabilities to produce its strongest case of guilt. Without the surest a human mind can ever be about circumstances in which they were not present – beyond a reasonable doubt – a citizen’s liberty and life are not lost.

In sum, the presumption of innocence, and with it, the standard of “beyond a reasonable doubt” are the surest and most basic promises of the American legal system. They are rooted in a long history of Constitutional safeguards against government overreach, help ensure that even the most destitute defendants are treated equally by the judicial system, and require that a person retain their freedoms of life and liberty without the strongest showing of guilt. In the absence of a presumption of innocence, fact-finders might very well succumb to some “fantastic lies.”

Use of Scholarship Funds

The scholarship funds may be used for undergraduate or law school tuition at a college or university. It is not required that the applicant be enrolled in an educational program at the time of his or her application. The winner will have one year from the date of the award to provide a tuition invoice from the college or university of their choice. A check for $2,500 will then be sent directly to the educational institution.